After we filmed 2 other long-forgotten tunnels in downtown Dayton we have been getting tips about an underground sidewalk system in Dayton, Ohio. We believe most of these stories to be myths but that doesn’t stop us from searching for answers for these hidden tunnels. Our tunnel search led us to the Fridgedair Plant site that closed in 1980 and was demolished many years later. The site consisted of a factory complex split by railroad tracks. The complex east of the tracks was demolished sometime between 1994 and 2000. The factory buildings west of the tracks were demolished in 2009. The entrance has been welded shut since with no once able to enter unless you happen to be pretty skinny. The area is scheduled to be developed with the help of the city which is just another example of how Dayton’s City Management is turning things around.

After squeezing into the small opening we were amazed that there were no signs that anyone else had tried in all the years since the plants were demolished. What we found was a very muddy tunnel lined with steel supports for utilities such as steam. After a couple hundred feet the tunnel abruptly ends. It was filled in. We still have hopes of finding a large underground sidewalk system somewhere underneath the Gem City.

Other tunnels explored in Dayton, Ohio 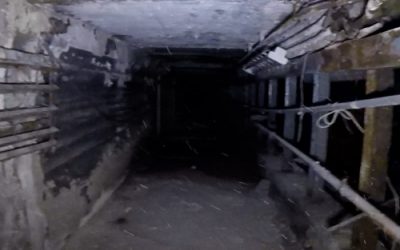 Mendelson's Liquidation Center in Dayton has everything you'll need for any project and these secret stream tunnels. One more Dayton Mystery Solved! Recently we were given the rare opportunity to explore some abandoned steam tunnels in Downtown Dayton, Ohio. Sandy...

END_OF_DOCUMENT_TOKEN_TO_BE_REPLACED 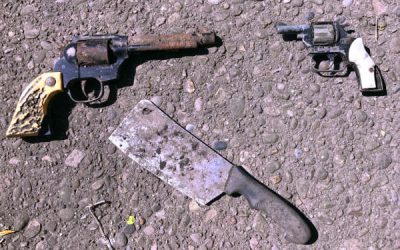 No one is going to believe we found 2 guns in tunnel While doing some urban exploring of an old barn we found a drainage tunnel to explore. After walking for 20 minutes we find the first of 2 pistols on the tunnel floor. 10 minutes later we find the second gun on the...